So, growing up, I never played soccer.  Oh, I played in gym class, but it was always this sport that very few people played or understood, including the gym teacher, and as such it ended up just being a glorified kick-ball game.  In high school, one of my closest friends played on the high school club team (at the time, it wasn’t a varsity sport) but even that was something I wasn’t interested in watching.

When I was about 23, a friend of mine from the UK invited me to come watch a match at his place and he’d explain it.  It was brilliant and once I understood the game, I was hooked.  I used to spend Sunday nights watching the highlight show on a network that I don’t even remember the name at this point.  At 26 or so, a friend had a team and needed some bodies.  I said “never played, but sure, I’ll give it a shot”.

Loved it from minute one.

Fast forward to several years later and I’m a dad.  I want my kids to play the sports I did, but I still had the passion for soccer, so both of them ended up playing soccer.  My daughter played keeper, which is/was my main position, due to my lack of fundamentals in ball handling and really knowing the strategy, having started pretty late in life.  My son mostly plays defense.  They both love playing and just enjoyed being with their friends.  However, one thing I kept noticing was the lack of quality officiating.  Some of the best officials were older and slowly just faded away.  They were replaced by high school aged kids or middle aged guys who were looking to make a few bucks extra to supplement their income.  And when I say a ‘few’, I mean a few.  You definitely will never get rich officiating the local or even regional soccer leagues.  However, the quality has gone down over the years that I’ve watched my kids come up.

And those of you who know me, or who have attended a match with me, already know that I’ve always been an ‘amateur official’ on the sidelines, always lending a hand to the local official who obviously needs the help, missing call after call.

Just trying to help out…

But unlike most folks who stay on the sidelines, I decided after having witnessed bad call after bad call, I thought “Ok, perhaps this isn’t as easy as it looks and if I’m going to complain about it, I may as well do something about it”.  I plunked down my registration fee and took the grade 9 officiating class.  It wasn’t as simple as I thought, but I still passed pretty easily.  I got some better, ‘official’ explanations of things that I thought I understood, but didn’t have 100% confidence.  Most stuff, I was right in my thinking, having watched a lot of soccer on TV as well as Googled things I didn’t understand.  But other things I got a better clarification on.  And after a year of officiating, I decided that grade 9 wasn’t sufficient and that I needed to take the grade 8 class.  Took it, passed and now I’m officiating higher level games.

Since I first started officiating, my philosophy has been ‘let the kids play, but protect them’.  If a minor infraction occurs, but it has zero effect on the game, I allow play to continue.  I know that people don’t come to hear me blow my whistle or show my cards, so I try to be as little influence on the game as I can.  I let the players influence the game.  Now if that means that their fouls also influence the game, so be it, but I only call them and point them out.  My biggest fear is that I’m going to miss something that affects the outcome of the game, but I try as hard as I can to let the game be decided by the players and keep my ego out of it, which includes when I give someone a yellow card.  I don’t take the parents or coaches yelling at me personally.  If I did, I probably would have lasted maybe two games before I dragged a parent out of his comfortable fold-a-chair and beat the hell out of him in front of his kids.  No, I try to keep my ego out of my calls and call what I see.  I don’t call stuff I don’t see and that’s my explanation to the coaches & players when they question my calls (or lack thereof).  I tell them that I was not in a position to see the offense and don’t feel comfortable calling something that I don’t have 100% surety in calling.  I do that on both sides and usually that’s satisfactory to them.  I try to be in the best position I can for every play, but being that soccer is a 360 game, it’s all around me, so I can’t be everywhere.  I rely upon my assistant referee’s a lot for assistance when I am questioning something in my head.

Fast forward to this past weekend.  My son’s team (of which I am an assistant coach) was in a tournament.  The team was playing pretty well, although not their best, and had tied a team, after having fallen behind to them 2-0.  They won their next two games and ended up in the championship against the team they tied.  The boys were feeling relatively confident, after having overcome that deficit as well as having beaten the two teams leading up to the game.  They were determined to show this team that they were the better team and were confident that they were.  Eight minutes into the game, during a challenge, our sweeper left his feet to clear a ball.  The opposing team’s player was charging toward him and the ball was tipped out of the way, resulting in our sweeper missing the ball and hitting the opposing player.  No malice, but a foul, nonetheless.  At least, that’s how I would have called it.  Free kick to our opponents.

Our “official” saw it otherwise.  He stated that our sweeper “double-pumped and deliberately kicked the other player”.  Given that the official was 30 yards away, at a bad angle (remember my previous comments about being out of position), there’s no way he could have seen that.  And even if he had been at a good angle, he would have seen that it was a miss, and bad positioning on our player’s part, nothing more.  But for some reason, he went directly at our player, almost with an “I’m going to show you” attitude, showing a red-card at him.  The player was in shock as was the rest of our team.  Eight minutes into the championship game and this “official” has influenced the game with a call that he didn’t even have a good angle to see, yet he was completely convinced that it was the right call.  He even said after the game to me, that “there are red cards that he has to think about and ones I don’t and this one I didn’t have to think about” (at which time I told him that I was an official and that he was a detriment to officials everywhere).

Our team continued to fight and threw shot after shot on goal, but could get nothing into the net.  We were the better team for 60 minutes, yet because a weird bounce with the wind, we lost 1-0.  Another tournament this season, another second place, due to horrible officiating in the final game.  Earlier in the season, we played in a local tournament where on the first two days we had quality officiating and on Sunday we had guys who could only be referred to as ‘guys in officials shirts’, because they certainly weren’t certified officials.  Two horrible calls cost our team the championship there as well, a missed offside that allowed the other team to score, because the assistant referee was out of position, and a poorly called foul in the penalty area where their player backed into our player awaiting a header to drop and fell down.  Our player is bigger, thus the smaller player must have been fouled.

So, I suppose that this is not so much a condemnation of the officiating per se but rather the state of tournaments.   They do whatever they can to get officials to come and cover their games, up to and including allowing non-certified officials to take the field.  Yes, that’s right, non-certified officials.  During the local tournament, I wanted to know if the local organization was assigning high school qualified officials to our games, after having watched a number of bad calls and missed calls.  I asked the assistant referee what ‘grade’ official he was.  He didn’t understand the question.  I explained my question again and explained how all officials have to be a certain grade in USSF, and he said he didn’t have a grade.

I was baffled.  These organizations put together these tournaments and bring in some serious money to the organization, and they don’t have sufficient resources to bring in all certified officials?  Not to mention not bringing in officials that are qualified to call the game at a proper level.


So, I’ll continue to work to improve my game, work to improve the state of officiating in the area, and work to ensure that any tournament my team is entered in, from now on, will have high school officials working the game.  Not some schmuck from the street who spends half the time staring off into the sky and calling phantom red-cards.  And when I make a call that I know will affect the outcome of a game, I’m going to be 100% sure that it’s the right call based upon the laws of the game.  Not some random call that I feel I have to make to put my stamp of authority on the game.
Posted by Unknown at 6:05 AM No comments:

It's been a good summer at the lake 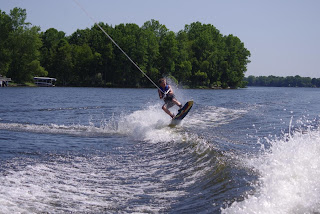 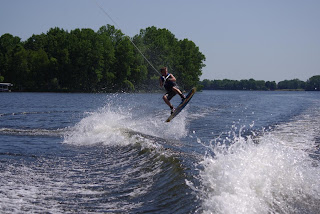 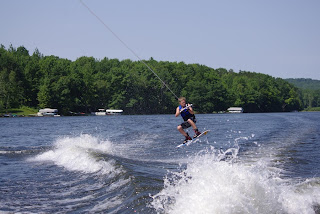 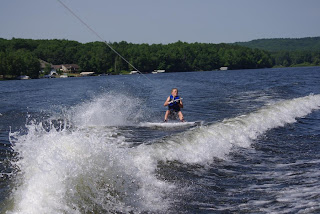 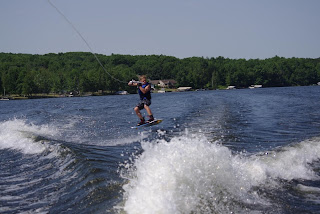 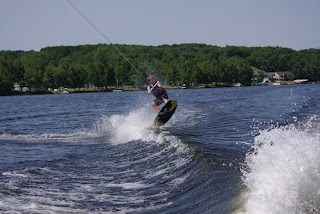 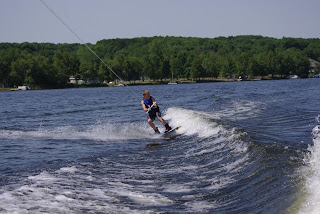 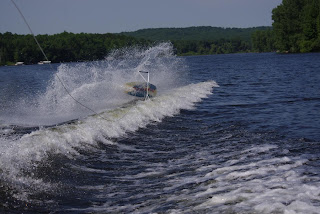 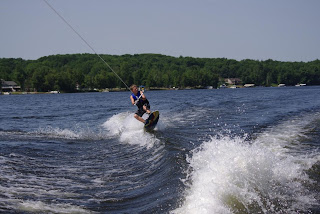 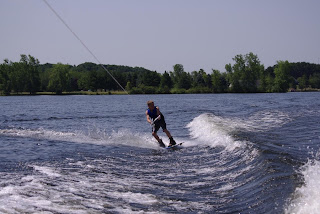 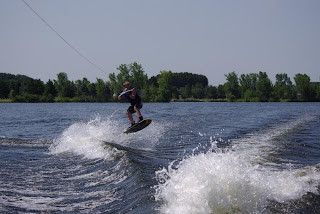 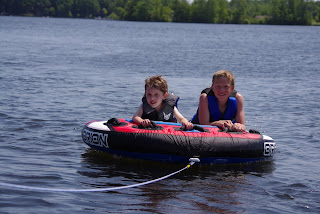 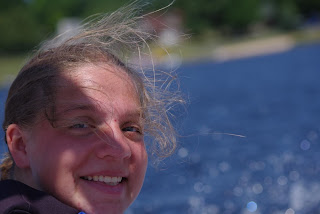 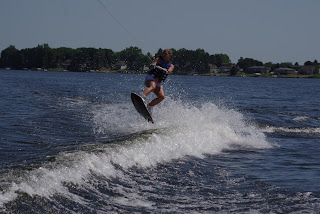 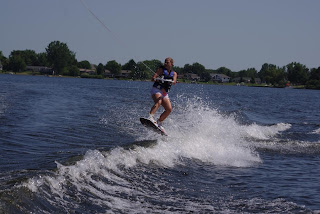 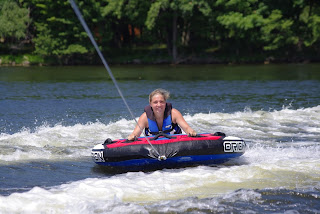 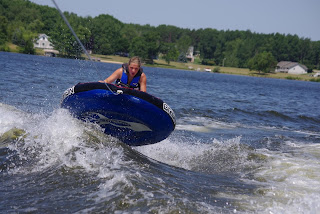 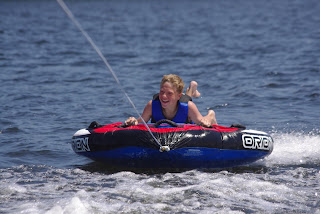 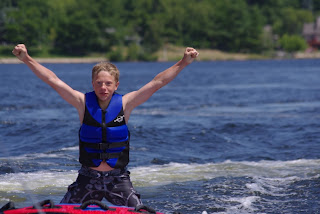 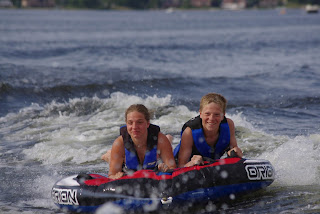 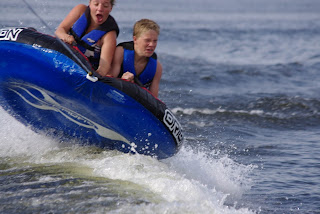 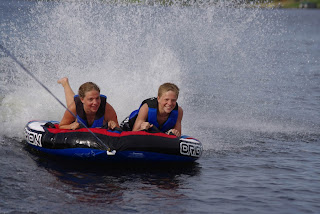 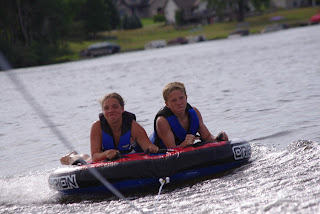 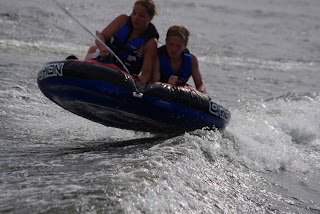 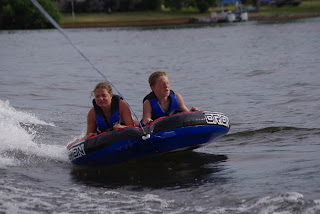 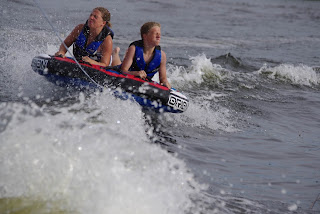 Posted by Unknown at 1:24 PM No comments:

We're going to try this again

So, Blogger changed again, and we're going to try to keep the kids site once more....

We'll see how that works for us.
Posted by Unknown at 12:47 PM No comments: